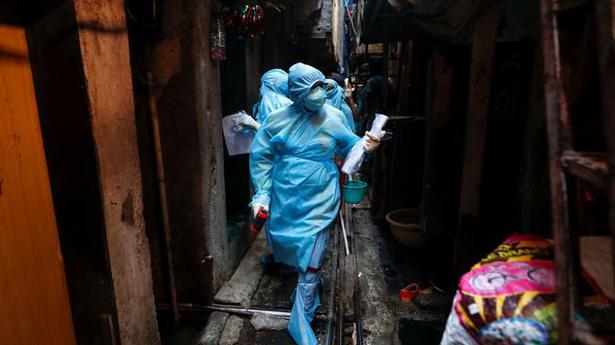 The chart plots the day-wise progression of confirmed cases since the 50th case in each State.

New cases in Kerala have reduced to a crawl (doubling rate of 71 days nearly) suggesting that the State has managed to flatten the curve.

Also read: Data | Who gets tested for coronavirus determines infection rates better than how many are

The chart plots the doubling rate* (in the last 10 days for a State with more than 250 cases) and the tests per million people in that State. The greater the size of a circle, the higher the cases.

*Doubling rate is the estimated number of days it takes for cases to double in a State. The higher the rate, the fewer the new infections in a State

Cases are growing quickly in Gujarat, Maharashtra and Rajasthan, but the high testing rates suggest that more infected people are being identified.

Infections in West Bengal, Bihar & Uttar Pradesh are growing  quickly but the test rates in these States are much below average.

Tamil Nadu, Jammu and Kashmir, Andhra Pradesh. & Delhi are also relatively better off in slowing down the rate of increase of infected cases. They also have high testing rates.

Cases are rising slowly in Telangana and Punjab, but with lower testing rates, these States are not out of the woods yet.