Data | Not just Mumbai and Chennai, COVID-19 cases are starting to swell in Cooch Behar and Ayodhya too 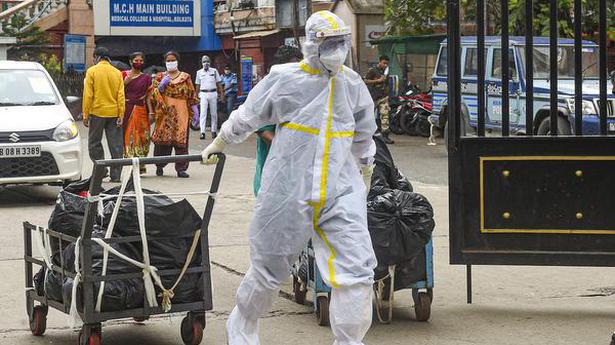 Though Mumbai and Chennai continue to bear the brunt of COVID-19, cases are also rapidly rising in several Tier-II and Tier-III districts.

While those districts have a lower disease burden, cases have grown at a much faster pace in the last one month. The increase in deaths has been relatively slower.

The graph plots the number of confirmed cases in each district against the % change in cases compared to a month ago. While Mumbai continues to be the worst affected district, the spread of cases increased exponentially in districts such as Cooch Behar and Alipurduar in West Bengal, both of which had no cases one month back and recorded 288 cases and 173 cases respectively as of June 21.

Similarly, Ayodhya in Uttar Pradesh, which had 1 confirmed case a month back, recorded 216 cases as of June 21.

While the number of districts which recorded less than 100 cases went down drastically, those with more than 500 cases went up significantly across most States in this one month period.