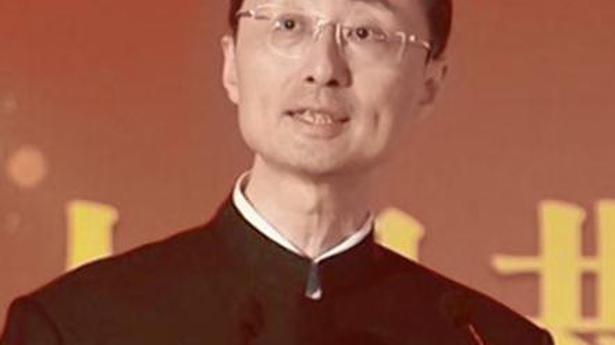 As India reassesses its trade relations with China and considers a range of moves to reduce dependencies, China has called for ‘equal’ treatment for its firms and described ‘forced decoupling’ between the two economies as being harmful to both.

India has rolled out moves to more tightly regulate Chinese investment and to dilute the presence of Chinese companies in certain sectors.

The Foreign Direct Investment (FDI) policy was amended in April to protect firms from takeovers, while following the June 15 clash in Galwan Valley, moves have been introduced to reduce Chinese presence in road projects, power equipment sales and in public procurement, besides banning at least 59 widely-used Chinese apps, including TikTok.

Speaking at a webinar, China’s Ambassador to India, Sun Weidong, said the trend of increasing dependencies would be ‘hard to reverse’ and that ‘forced decoupling’ would hurt both the economies.

“The Chinese and Indian economies are interwoven and interdependent,” he said, citing statistics from 2018-19 showing that “92% of Indian computers, 82% of TVs, 80% of optical fibre, 85% of motorcycle components are imported from China.”

“Countless examples like this are the reflection of globalisation,” he said. “Whether you want it or not, the trend is difficult to reverse.”

The envoy, speaking at an event hosted by the Institute of Chinese Studies (ICS) on Thursday, said “forced decoupling of the Chinese and Indian economies is against the trend and will only lead to a lose-lose outcome.”

“A German friend working in India recently told me that, due to India’s recent restrictions on the import of Chinese auto components, the production of German automakers in India had been greatly affected,” he said. “Economic and trade exchanges should not become a knockout nor a zero-sum game that deliberately suppresses others. The Indian government announced that it will provide a favorable investment environment for foreign companies, which should include Chinese companies and treat everyone equally.”

Beijing has hit out strongly at both the banning of 59 Chinese apps and at moves by India to impose restrictions on Chinese firms participating in highway projects and exporting power equipment.

On July 1, Minister for Road Transport and Highways Nitin Gadkari said Chinese firms would not be allowed to bid for highway projects. The Chinese Foreign Ministry responded by warning against “artificial barriers”. “Some politicians in India have kept issuing irresponsible remarks that are detrimental to China-India relations,” spokesperson Zhao Lijian said on July 3, adding that China would “take all necessary measures to safeguard the legitimate rights of Chinese businesses.”

While some of the moves have followed the June 15 clash in Galwan Valley, India had, even prior to the border tensions, grown increasingly concerned both at the lop-sided trade relationship and at the surge of Chinese investment, particularly into the start-up space. India has also long complained of a lack of reciprocal treatment in China, with Indian firms in China facing market access issues and a range of non-tariff barriers, particularly in the pharmaceuticals and information technology sectors.

Concerns about Chinese investment have been amplified by the COVID-19 pandemic, with fears of vulnerable firms subject to takeovers. This prompted the government to amend the FDI policy on April 18, requiring prior government approval for investments from countries that share a land border with India. Since then, around 200 investment proposals from China have been awaiting security clearance from the Ministry of Home Affairs.