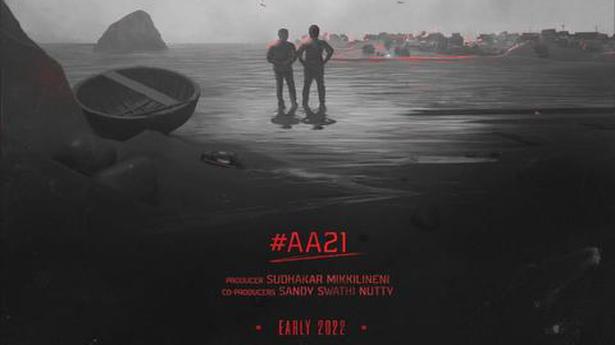 Director Koratala Siva and actor Allu Arjun are joining hands for a new Telugu film, which they plan to release early 2022. Said to be a pan-Indian project, it will be jointly produced by the director’s friend Mikkilineni Sudhakar and the actor’s friends Sandy, Swathi, and Natti.

Announcing this on Twitter, Allu Arjun stated that he had been waiting to work with Koratala Siva for a long time. This will be his 21st film.

Mikkilineni Sudhakar will produce the new film under Yuvasudha Arts banner, along with Sandy, Swathi, and Natti for GA2 Pictures.

Details of the rest of the cast and crew are yet to be announced.