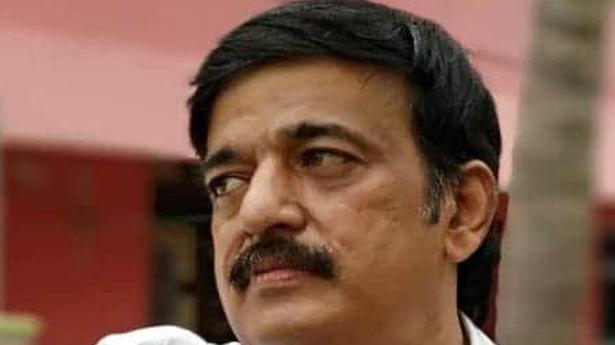 Malayalam actor Anil Murali, who made his mark through villain roles, passed away in Kochi on Thursday. He was 51.

The death occurred around 12.45 p.m at a private hospital. Anil was admitted with liver ailments on July 22, according to hospital sources.

He is survived by wife and two children.

Born in Thiruvananthapuram, Anil had acted in about 200 movies in Malayalam, Tamil and Telugu languages. He made his foray into the world of acting through television serials.

His break in tinsel town came when he got an opportunity to act in filmmaker Vinayan’s Kanyakumariyil Oru Kavitha in 1993. Anil’s career graph went up after he acted in noted director Lenin Rajendran’s Daivathinte Vikrithikal in 1994 and Valkannadi in 2002.

Some of his other movies include Ivar, Lion, Babakalyani, Nasrani, Puthiya Mukham, Pokkiri Raja, City of God, Amen, Iyobinte Pushthakam, Joseph to name a few. His Tamil films include Nimirndhu Nil and Thani Oruvan.

Several actors such as Tovino Thomas and Prithviraj Sukumaran took to social media to offer their condolences. Anil’s last film was Forensic, which released earlier this year

Anil will next be seen on screen in the upcoming Professor Dinkan, which is a 3D fantasy comedy that also stars Dileep and Namitha Pramod.