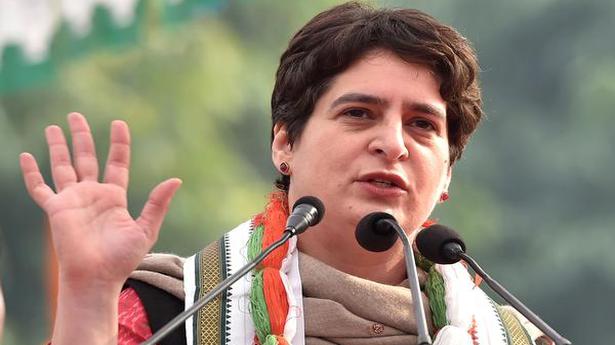 Congress general secretary Priyanka Gandhi Vadra on Sunday alleged that though she had alerted the Uttar Pradesh (U.P.) government of the worsening COVID-19 situation, the government didn’t act on time.

Taking to twitter, Ms. Vadra mentioned the difficulties faced by the people with regard to testing and getting admission in hospitals and asked the government to take urgent steps.

“In view of the worsening situation, I had alerted the government several times but it didn’t take any steps at the right time. People don’t get their test reports even after a week of giving samples and those who are infected don’t get hospital beds,” she said, tagging a news report that claimed infected doctors were also not getting beds.